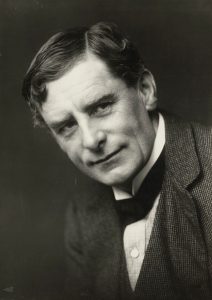 Whether or not you buy into Walter Sickert being Jack the Ripper, an exhibition of his paintings, is
for me, a must. This exhibition at Tate Britain, running from 28/4/2022 to 18/9/2022 is the largest since that at the
Royal Academy in 1992, which I had the privilege of seeing. There are more than 150 Sickert pieces,
some of them on loan from more than 70 private and publics collections in Britain and across the
world.
Walter Sickert was a man of many artistic talents; from his impressionistic style of the 1880s through
to his groundbreaking use of photography in the 1930s. Whether “Ennui” or “Jack the Ripper’s
Bedroom” are being exhibited is not clear, but the Camden Town Murder Series appears to be part
of this exciting exhibition. However, the Tate do not shy away from the JtR connection, as they detail
hoax letters he is alleged to have written to the police.
During the Ripper-scare of 1888, Sickert was going through his musical hall phase and an absolute
highlight of the exhibition will be Little Dot Hetherington at the Bedford Music Hall (1888-1889).