Welcome to The Whitechapel Society

The Whitechapel Society is a long-established historical society, originally set up to study the murders of Jack the Ripper and to shine a light on the conditions under which the victims lived.
The Society has grown over the years to include experts in many aspects of Victorian and Edwardian East End life. Members past and present have produced some of the most respected books and papers on East End crime ever written, including Spring-heeled Jack, Jack the Ripper, the Kray twins and many more.

Dr Nini will talk about the results of an analysis of the Jack the Ripper letters using linguistics and forensic linguistics. He will show that these results support the hypothesis that the two most important earliest letters, Dear Boss and Saucy Jacky, were written by the same person and that a third letter, the highly controversial ‘Moab and Midian’ letter, can also be connected to them. The implications of these results have a wide-ranging impact, from the Jack the Ripper case itself to its socio-cultural dimensions, forensic linguistic methods, and the understanding of other genuine letters from serial killer. 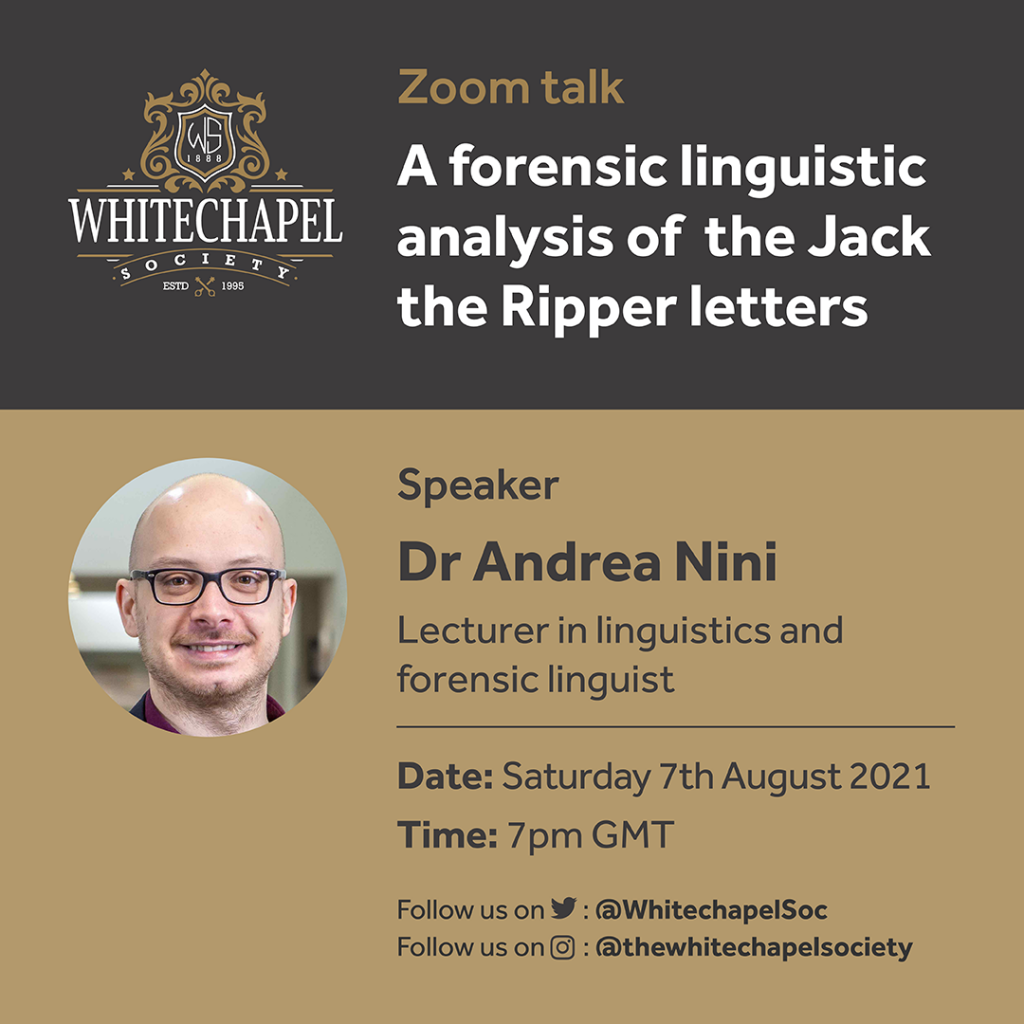 The August edition of the Whitechapel Society journal will be with members w/c 9th August. In this edition articles include “Tray Bong Boy” by Gary Barnett, “Best Background Story” by Sue Parry, “Murder & Mystery in the Year of the Ripper Part 11” by Jan Bondeson and “Lenin & Stalin in London” by Mickey Mayhew. If you are not already a member and would like to receive this and future magazines, then join the Society via our website before 1st August. 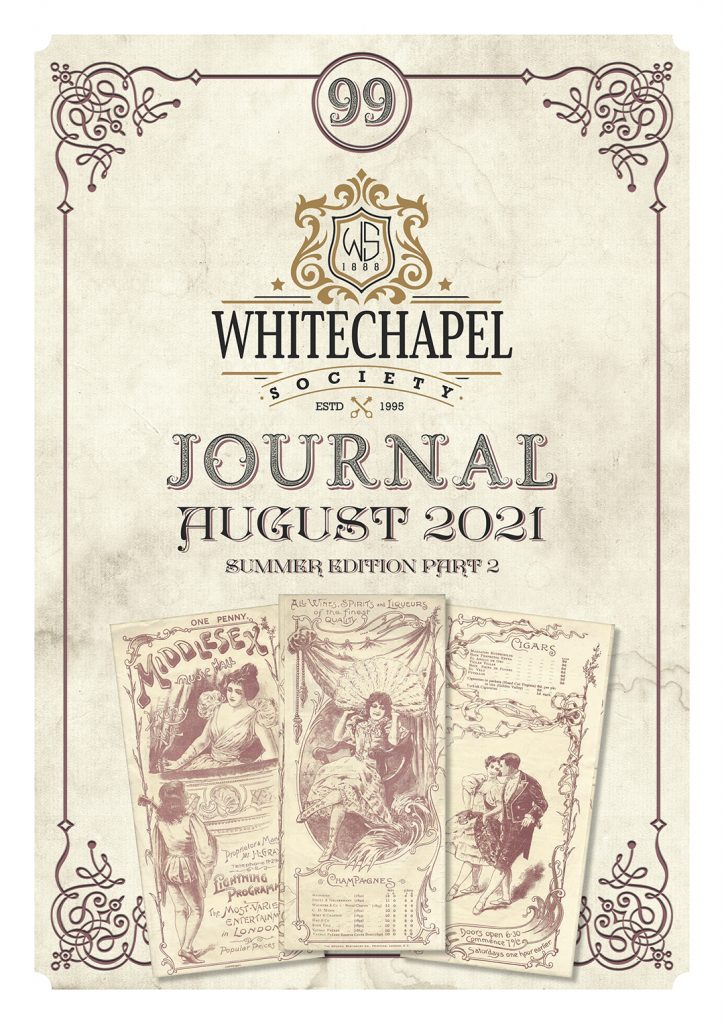 Click on the image below to download a free sample of the highly respected Whitechapel Society journal.