Welcome to The Whitechapel Society

The Whitechapel Society is a long-established historical society, originally set up to study the murders of Jack the Ripper and to shine a light on the conditions under which the victims lived.
The Society has grown over the years to include experts in many aspects of Victorian and Edwardian East End life. Members past and present have produced some of the most respected books and papers on East End crime ever written, including Spring-heeled Jack, Jack the Ripper, the Kray twins and many more.

Danie Smith – The Peer and the Gangster

Michael Mulford – The trial of Jack the Ripper

The April journal will be with members during the week commencing 5th April. Articles include “Rota: The Pinner Lion” by Neil Watson, “Following the Ripper” by Amanda Harvey Purse, Celebrity Victim by Chris Warman, Part 3 of Paul Kenny’s “The Personality of Jack the Ripper, The London Monster by Jan Bondeson and “Mrs Fiddymont: Mystery Solved” by Sue Parry. If you aren’t already a member, join via our website by 1st April to receive this and future editions. 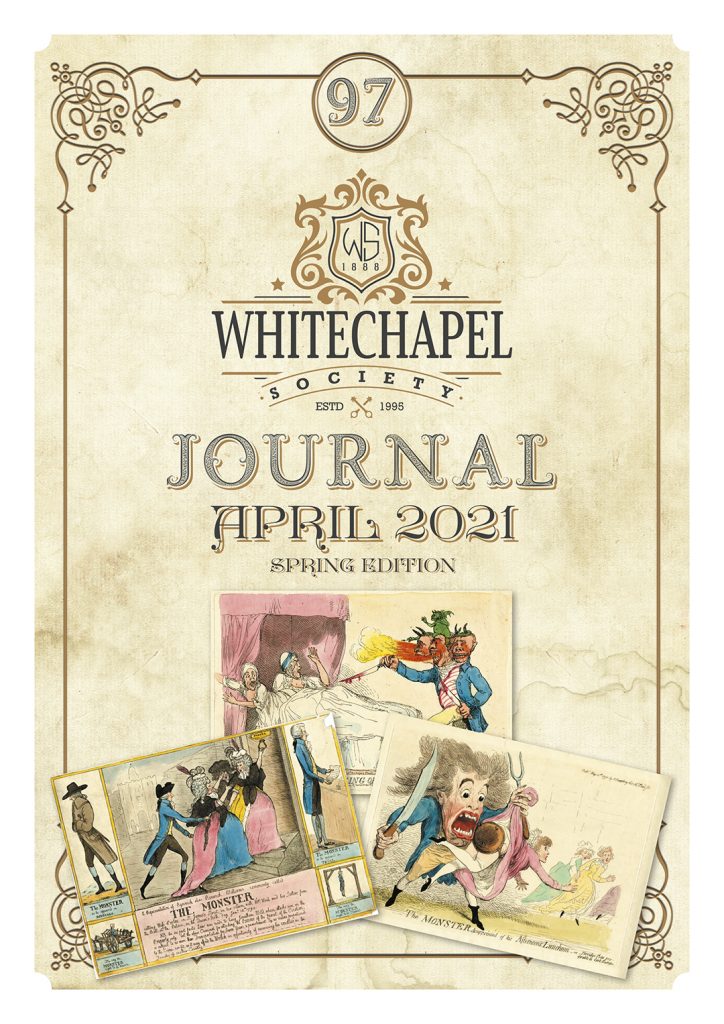 Click on the image below to download a free sample of the highly respected Whitechapel Society journal.

Click on the image below to see details of the Photo competition.