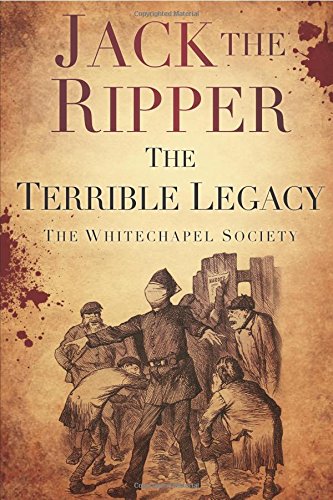 Jack the Ripper – The Terrible Legacy

The Ripper’s legacy left many more victims in its wake than he could have ever imagined. From the Royal Family and the British Government to the London Police and the London poor, the list of ‘other’ victims that happened as a direct result of the Jack the Ripper murders goes on and on. . . The members of the Whitechapel Society have painstakingly researched original sources for many years and are only interested in providing the true facts. Each victim is looked at in detail by an expert, making this book the ultimate force in Ripper research. 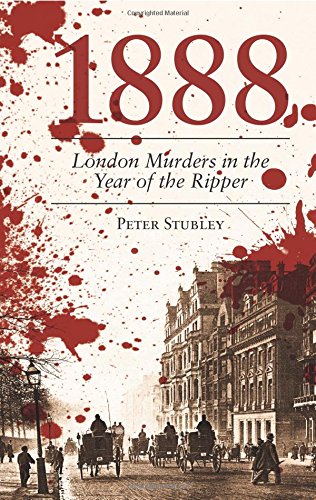 1888 – London Murders in the Year of the Ripper

In 1888 Jack the Ripper made the headlines with a series of horrific murders that remain unsolved to this day. But most killers are not shadowy figures stalking the streets with a lust for blood. Many are ordinary citizens driven to the ultimate crime by circumstance, a fit of anger or a desire for revenge. Their crimes, overshadowed by the few, sensational cases, are ignored, forgotten or written off. This book examines all the known murders in London in 1888 to build a picture of society. Who were the victims? How did they live, and how did they die? Why did a husband batter his wife to death after she failed to get him a cup of tea? How many died under the wheels of horse-driven cabs? Just how dangerous was London in 1888? 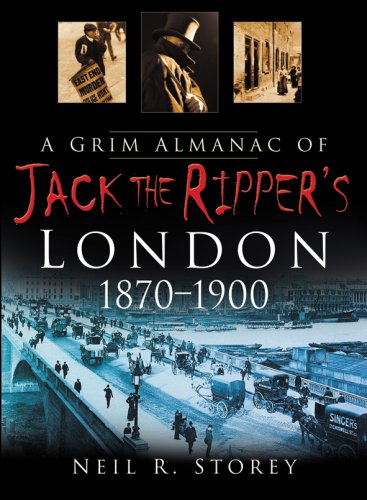 A Grim Almanac of Jack the Ripper’s London 1870-1900 is a day-by-day catalogue of 365 ghastly tales from London city. Full of dreadful deeds, macabre deaths, strange occurrences and heinous homicides, this almanac explores the darker side of the capital’s past. 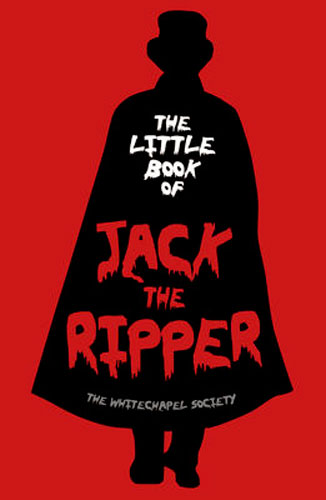 The Little Book of Jack the Ripper

The Jack the Ripper mystery is one of the greatest whodunnits the world has ever known. With a backdrop of swirling fog, top hats and dark alleys, it is easy to see why this fascinating tale still continues to capture the imagination. The Little Book of Jack the Ripper explores the world of Victorian London, examining the case from every angle and including witness statements, reports and the reactions of the press. Richly illustrated, it is a book that you can dip in and out of during the twilight hours (but only if you’re brave enough!).

Compiled by the Whitechapel Society and drawing on their incredible expertise, it will delight true-crime enthusiasts everywhere. 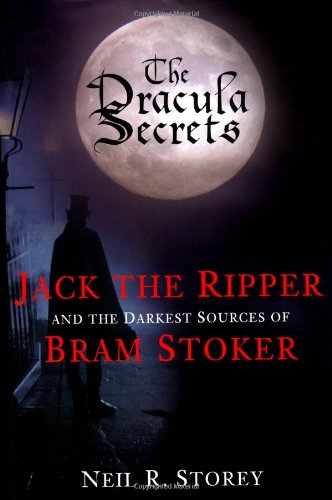 Since the first publication of Dracula in 1897, there have been suggestions that the book’s protagonist is more closely associated with Jack the Ripper than a Transylvanian count. In The Dracula Secrets, historian Neil R. Storey undertakes an in-depth investigation of the sources used by Stoker during the writing of his seminal masterpiece.
Painting an evocative portrait of Stoker, his influences, his friends and the London he frequented in the late nineteenth century, Storey explores how Stoker created Dracula out of the climate of fear that was created by the Whitechapel murders in 1888. Indeed he asks, did Stoker know Jack the Ripper personally and hide the clues to this terrible knowledge in his book?
Having gained unprecedented access to the unique archive of one of Stoker’s most respected friends and the dedicatee of Dracula, Storey sheds new light on both Stoker and Dracula, and reveals startling new links between Stoker’s creation and the most infamous serial killer of all time. 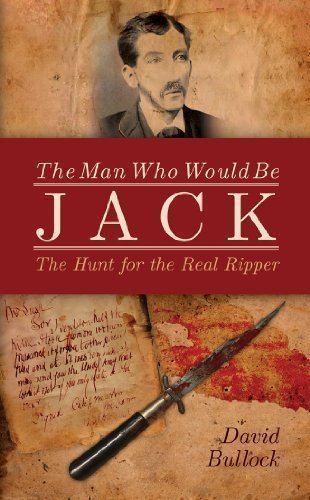 In 1893, two years after the last Ripper murder, Detective Inspector William Race met with two journalists working for The Sun and told them that he knew the identity of Jack the Ripper. Two years earlier, Race had arrested 25-year-old Thomas Hayne Cutbush for attacking two young girls with a knife. Having worked on the Ripper case, Race noted a number of startling facts: Cutbush matched eyewitness descriptions of the Ripper; took long night-time walks, returning at dawn with mud and blood on his clothing, and once tried to cut his mother’s throat. Race’s superiors ignored Race’s suspicions, so he went to The Sun. Two journalists set about investigating Cutbush, gathering startling new evidence and compelling eyewitness testimony. When they published their results they caused a sensation, leading to the now infamous and deeply flawed Macnaghten Report. In The Man Who Would Be Jack, the author re-examines Inspector Race’s and the journalists’ findings and uncovers startling new evidence to support the idea that Cutbush was indeed Jack the Ripper. This is a fresh, exciting detective and whodunnit story that whips along at a cracking piece, culminating at the moment where the two journalists finally gain access to Broadmoor and stand face-to-face with The Man Who Would Be Jack. 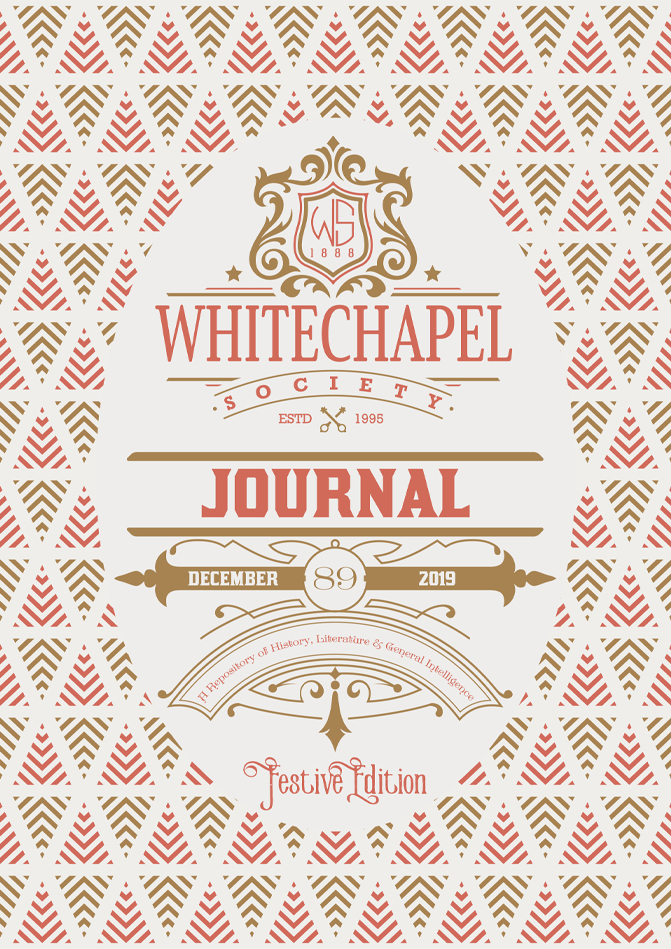 Back issues of all editions of the highly respected Whitechapel Society Journal are available. 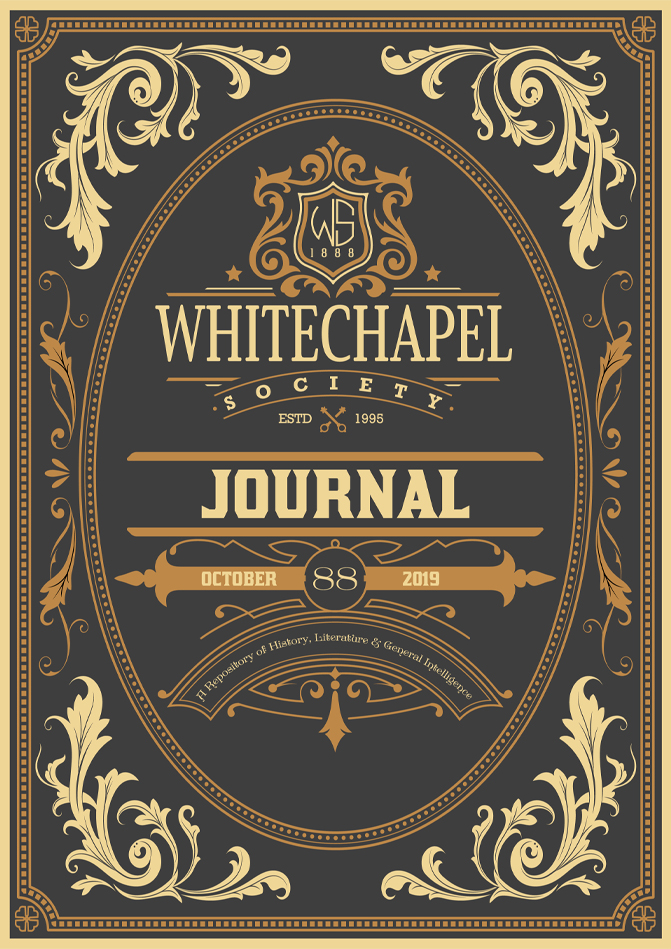 A sample edition of the highly respected Whitechapel Society Journal.

Go to product by type