Two men died of poisoning in the last quarter of the 19th century. Charles Delauney Turner Bravo, April 1876 and James Maybrick, May 1889. Both were professional men, Bravo a London barrister and Maybrick a much travelled cotton broker. Their deaths are shrouded in mystery and intrigue. The wife of one was charged and convicted of murder receiving a death sentence, which was subsequently changed to a life sentence, while the other wife, although suspected of murder, was not charged. Charles Bravo’s death was the subject of much speculation and even went to two inquests. We look at the lifestyle of both couples.

Florence Bravo and Charles Bravo. Florence Maybrick and James Maybrick. Apart from their Christian names, many similarities come to light in the lives of these two young women. Both came from well-to-do, respected and much travelled families. Both married professional learned men who leaned on their wives’ finances to help support their extravagant lifestyles. Both Florence Bravo and Florence Maybrick had lovers, Dr. Manby Gully and Alfred Brierley respectively, but so did their husbands who both had children by their mistresses. Florence Bravo had as a live-in companion, Mrs Jane Cannon Cox, a widow, and Florence Maybrick had Nurse Alice Yapp living in her household. Both these women, of rather dubious character, were to play major roles in the events to come. The Bravos pursued a lavish lifestyle in their large residence, The Priory at Balham, a suburb of London, as likewise did the Maybricks at Battlecrease House, Aigburth, Liverpool. Both couples kept horses and rode out regularly. Charles Bravo and James Maybrick were drug takers. Bravo took laudanum and Maybrick, mainly, took arsenic. Both were to die in similar circumstances, having firstly fallen ill complaining of stomach cramps and vomiting violently. Doctors were quickly summoned in both cases and poisoning was diagnosed.

At their subsequent post-mortems it was revealed that both men had died from arsenic poisoning but, although James Maybrick was known to voluntarily take arsenic, Charles Bravo was not. Nevertheless, Florence Maybrick stood trial for the murder of her husband at Liverpool Crown Court where she was found guilty and sentenced to hang. After a public outcry this sentence was commuted to life imprisonment and Florence served fourteen years, always protesting her innocence.

On the other hand, remembering the verdict on the second inquest into Charles Bravo’s death, that he was “wilfully murdered….by person or persons unknown”, no one was ever brought to trial for his murder, although many suspected Florence of poisoning him. Dr. Johnson, when attending Charles Bravo during his illness, was aware of the fact that Florence Bravo was able to immediately lay her hands on arsenic, for she had insisted, on being told that there was no hope for her husband’s recovery, on being allowed to administer small but frequent doses of arsenic, claiming that it had been recommended to her as a treatment. Dr. Johnson had allowed Florence this demand on the grounds that it could “now do Charles neither harm nor good”. Had Charles unknowingly been given arsenic prior to this? Was this a ploy on Florence’s part to get this poison into her husband’s body with medical agreement? Charles had sworn before God to Dr. Gull, even when he was assured that laudanum could not be responsible for his condition, that he had taken no other drug. Could the arsenic have been mixed with the laudanum?

Was the fact that Florence Bravo was not charged with her husband’s murder just as big a miscarriage of justice as that which Florence Maybrick suffered? The reader must decide.

Remarkably, Sir James Fitzjames Stephen, the judge at Florence Maybrick’s trial in 1889, had, some years earlier after another noteworthy poisoning case, observed that,

“Thirty-four years of experience only strengthened and confirmed the deep impression that it made on me, that it supplied one of the proofs which kind-hearted people seem to doubt, namely the fact that such a thing as atrocious wickedness is consistent with good education, perfect sanity, and everything, in a word, which deprives men of all excuse for crime”.

It is ironic, therefore, that the name Stephen itself has been connected with murder, as the son of this eminent High Court Judge, James Kenneth Stephen, a barrister, was in later years to be cited as a suspect for the Whitechapel murders of 1888, as was Dr. William Gull. Coincidentally, the Stephen family were patients of Dr. William Gull.*

Connections between the Maybrick/Bravo/Stephen families.

William Wilberforce, the reformer who led the campaign to abolish the slave trade, was successful with the Act of Parliament of 1833 in outlawing the owning of slaves.

In January 1789, Wilberforce had met James Stephen, a Scottish lawyer, who had returned to his practice in St. Kitts Jamaica. They were to become close friends, colleagues, and brothers-in-law, when James Stephen married Wilberforce’s widowed sister, Sarah Clarke. They became allies in the fight against the vile trade in slaves. It was in fact James Stephen who being a lawyer drafted one of the first Anti-Slavery Bills Wilberforce presented to Parliament.

Coincidentally 32 years later after the Abolition act was passed James Stephen’s grandson, Sir James Fitzjames Stephen, born in 1829, was employed by the Liberals in 1865 to bring the acting governor of Jamaica, Edward John Eyre, to court for mass murder.

Early in 1865 the Reverend George Gordon, a native black Jamaican, had harangued his fellow members of the colonial legislature about the heavy hand of the British Imperial Government in his country under the leadership of Eyre. Although slavery had been abolished some years earlier the blacks still had no democratic rights. The Rev. Gordon, himself no angel, facing charges and bankruptcy, soon had a following and finally led a revolt, massacring a number of white plantation owners and their families. Eyre’s answer to the revolt had been to call out his government forces, including British naval forces, to put down the revolt. Not satisfied with this action alone, Eyre then ordered the arrest, trial and execution of those suspected of being behind the revolt, including the Rev. Gordon.

Eyre was hastily recalled to England as opponents of the British Empire called for justice. The Liberals wanted Eyre to stand trial for his actions, but others, including Charles Dickens and Thomas Carlyle, defended the governor and hailed him a hero for saving the colony.

James Fitzjames Stephen at first worked hard for the Liberals and did genuinely feel for their case. But as he read more on the actions of the Rev. Gordon and his fellow rioters, he changed his opinion and joined the pro-Eyre camp. The Kingston merchants sent Eyre a testimonial supporting him and his measures, as having saved Jamaica, their lives and their properties – and one of the signatories was Joseph Bravo. Fitzjames Stephen, whose grandfather had fought so hard in support of the slaves, now stood against the action taken by them as free men. This was a distinct change of mind and direction for James Fitzjames Stephen.

Who was Joseph Bravo?

Joseph Bravo, born in Jamaica in 1819 of mixed blood, (African, Jewish and Italian) had built up a thriving mercantile business, which resulted in him opening an office in the city of London by 1870. As ‘a trader in general merchandise’, including cotton, and considering Jamaica’s proximity to the cotton-producing southern states of America, could Joseph Bravo have come into contact with the likes of Liverpool cotton broker James Maybrick, this is very likely. Maybrick later became a ‘self named’ candidate for the Whitechapel murderer ‘Jack the Ripper’.

Joseph Bravo was the stepfather of Charles Delauney Turner Bravo. Charles was born in 1845, the son of Augustus Charles and Mary Turner. There is little known about Charles’s deceased father other than he was a gentleman. Rumour has it he died in Jamaica when Charles was young, no one in the family would ever talk about Augustus. However, his intelligence was passed on to Charles. Unfortunately Charles’ two sisters were not so lucky. Alice the elder was deaf and dumb while the younger Nellie was confined in an institution. Soon after the death of her husband Mary Turner married Joseph Bravo who had strong links with Jamaica and it is highly probable that Augustus Turner and Joseph Bravo were acquainted.

Another link between Joseph Bravo and the Stephen family was his purchase of 2, Palace Gardens in Kensington. This was the house that William Makepeace Thackeray had built for himself and his daughters in 1861, and where he died two years later. Thackeray’s daughter Minny was to marry into the Stephen family, becoming the sister-in-law of James Fitzjames when she married his brother Leslie Stephen on 19th June 1867, four years after the death of her father.

When Leslie Stephen sold the property to the Bravos on behalf of his wife and her sisters did James Fitzjames, as a barrister, take charge of the house conveyancing and legal proceedings?

Sir James Fitzjames Stephen was the high court judge who sat in the trial against Florence Maybrick in 1889, when she was accused of murdering her husband James by poison. At first he seemed conciliatory towards Florence but in his summing up he turned. Was it because of her adulterous affairs? Was it, perhaps, because he considered that in another case where a woman was suspected of murdering her husband, she had not been brought to court? Thirteen years earlier, another Florence, Florence Bravo, had been suspected of murdering, again by poison, her husband, barrister Charles Bravo, stepson of the merchant Joseph Bravo, a case that was a sensation for its day.

We end with another quote by Sir James Fitzjames Stephen:

“It is sometimes said that there is no need to look further for a motive when the parties are man and wife….. Married people usually treat each other with external decency, good humour and cordiality, but what lies under the veil is known only to themselves, and the relationship may produce hatred and bitterness in proportion to the intimacy which it involves.”

Where We Are with BuryReinvestigating Murder: The Mystery of the knife
News 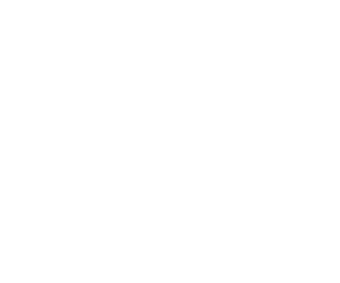